I find the pursuit of dreams more interesting and entertaining than the actual attainment of them. 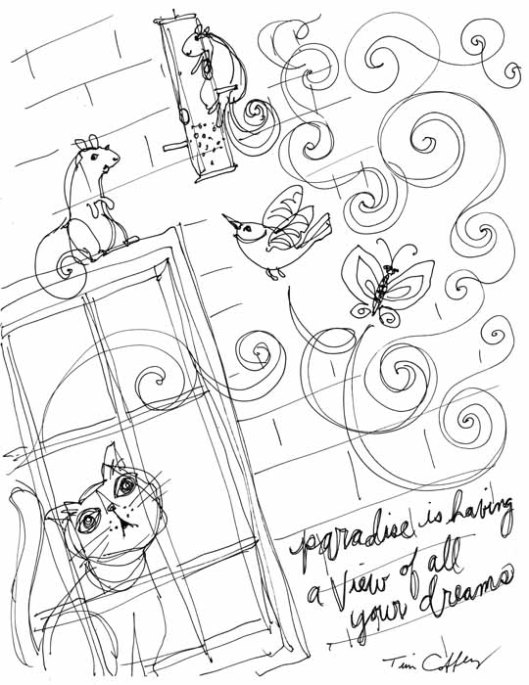 For example, over three years ago I started writing a novel for kids ages 9 to 12. It took me about three years to complete a finished draft. After showing it to a few editors, they all agreed the idea is original, but I need to keep working on it to make it marketable for retail booksellers. After three years of work, I decided to put that project aside for a while. Gradually, I’m thinking about returning to it. I might take it in a new direction. I’m getting ideas again. That project is more about the pursuit of a dream than it is about attaining a goal. I’ve enjoyed the process of writing that book, and part of me wants to keep it to myself, because finding a publisher would mean allowing someone else to have a great deal of creative power. That’s a difficult thing for me to do with a project that I’ve poured so much of myself into over such a long period of time.

Now, for the progress on the 150 subscribers giveaway project. I mixed chocolate brown with white acrylic to make a light tan and covered the whole Cheerios box panel. Then I mixed  colors with white and brown to soften them –  blue, brown, raw sienna, green and iridescent gold. I applied the colors with a trowel. I had to be careful not to scrape the surface, because I found the paint will easily scrape off the Cheerios box cover. Then, I troweled on some pure irridescent gold as an accent on top. I also brushed the iridescent gold onto the side of the Wheat Thins box. I stopped here today, because I need all of this paint to dry before I continue.

Flavor of the Month