As this image was developing, the words began to form, “If you take them far enough, all paths lead to growth.” 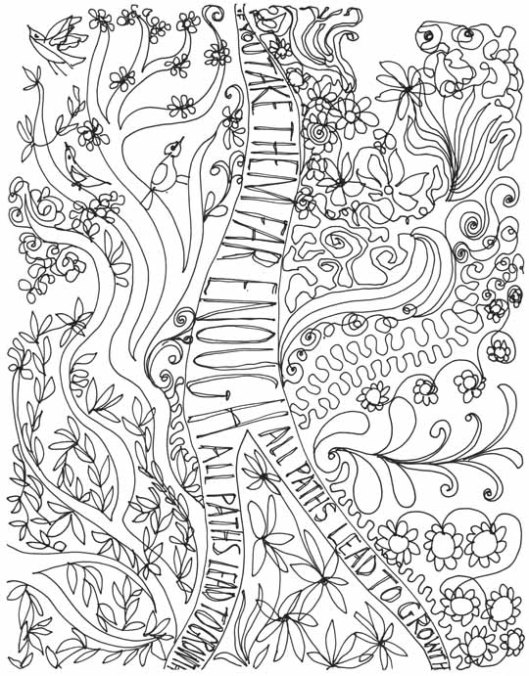 When I was about finished with the drawing, I started to wonder if this is really true. There is also the path of destruction. The weather is so calm right now, and it was beautiful yesterday. The stars were out last night. Everything is perfectly still outside, yet hurricane Irene is on the way. Maybe the verse should be changed to “If you take them far enough, all good paths lead to growth.” Then again, perhaps the original thought was correct, because destruction can lead to growth. Whenever I write something like this, it’s part of my creative process to take it apart and reconstruct it in different ways to see if there’s a better way of capturing the sentiment I’m trying to convey. But that will come later. These exercises are more about allowing the imagination the freedom to grow. That is the path I’m on now, and I intend to take it far enough.

Flavor of the Month